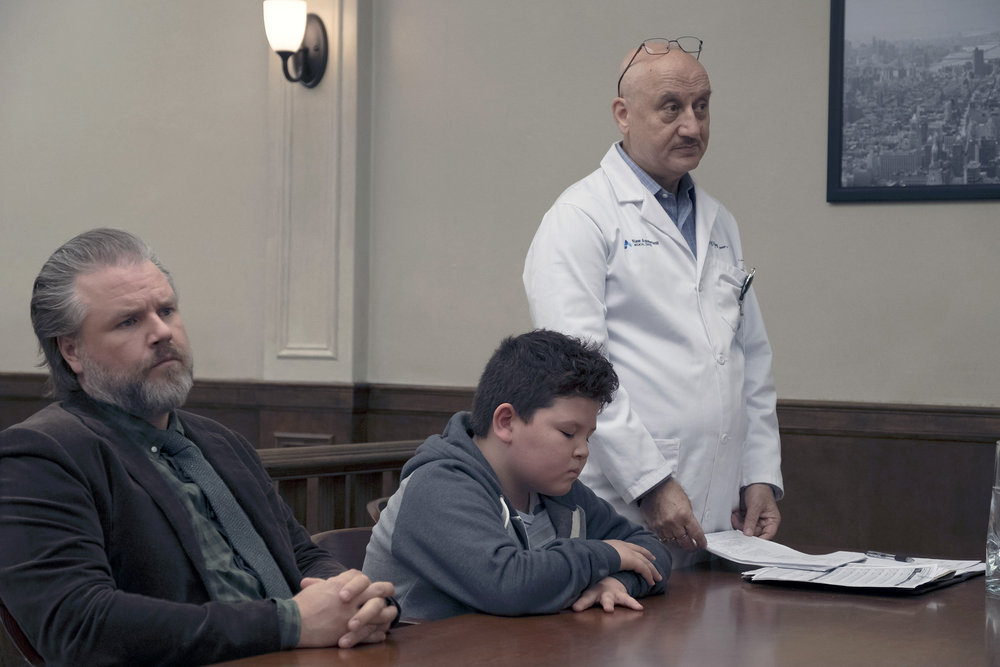 Episode two of New Amsterdam – “Rituals” is much more mellow than episode one. Even Max himself, while still deeply irritating, is much better behaved and blessedly not the main focus of the plot. Unfortunately, what plot there is is oddly bisected between discussions of ritualized behavior and the overmedication of children.

On the one hand we’ve got Leo a young boy who’s clearly been overprescribed with more than five different medications. Dr. Frome and Dr. Kapoor (Anupam Kher) take over his care and decide to take him off all his medications in order to get at the emotional root of the boy’s issues. Social services has other ideas though when they tell the doctors if Leo is taken off his meds he won’t be allowed back at school.

This brings to the fore a unique aspect of New Amsterdam Public Hospital: there’s a courtroom in the hospital so the doctors can advocate for their patients on site! Leo’s case is taken before a judge who seems to want to help. Unfortunately, Social Services and the school district have other ideas and they show a video of Leo really beating the crap out of another little kid. Though even I could tell he was provoked by something the other kid said. In order to prove that Leo isn’t a threat to his fellow students Frome and Kapoor decide to flush the meds from his system with a dialysis machine (cool!) so he can testify.

It turns out Leo’s father died and he internalized a lot of guilt about it. Then when his peer told him he should be dead too just like his dad he snapped. It’s clear he doesn’t actually need several medications but he really just needs therapy and to understand it’s not his fault that his dad had a heart attack. I also want to say that Dr. Frome is clearly an experienced doctor but he feels like a first year teacher who still thinks he can do great things. It’s so much fun to watch him be excited about helping people.

On the other side of the hospital, a Nigerian woman has come to the hospital with symptoms of Broken Heart Syndrome. Dr. Floyd is going to operate ASAP but her family wants to perform a protection ritual first that involves cutting into her shoulder. Floyd refuses their request which seems to anger some kind of spirit because he literally can’t get her to the operating room without her flatlining. At the urging of Dr. Bloom, and the realization he employs his own rituals before surgery, he consents to the protection ritual and is then able to mend the patient’s broken heart.

Totally unconnected from the rest of the plot is Dr. Helen who has started actually practicing medicine again. Turns out she’s an oncologist and has an emotionally hard time with patients after being a mouthpiece for the hospital for so long. She also has the unenviable task of trying to convince Max to get treatment for his own cancer and also tell Georgia that he’s been diagnosed. It honestly barely even feels like he cares about Georgia at all to the point where I’m not sure what the point of her even is. It would be enough of a twist if Max just had cancer, to saddle him with a pregnant estranged wife on top of that is too much plot.

In any event I’m still super sold on New Amsterdam and I’m pumped to keep finding out what kind of changes Max is able to make at the hospital before he’s stopped by some higher authorities!

Do you give a crap about Georgia?

Do you wish Max and Dr. Helen were going to bone instead?

How long before we introduce a sexy lawyer at the downstairs courtroom to entice literally any of the doctors?

Now that the official New Amsterdam review is out of the way, follow my stream of consciousness bullet points below! 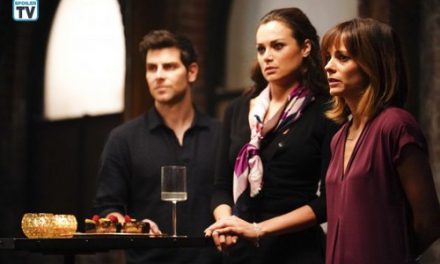 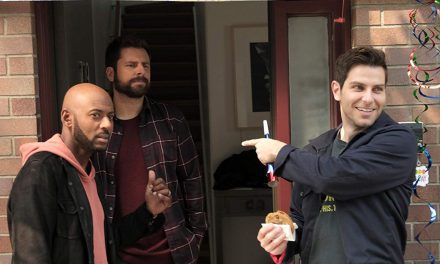 TV Review: “A Million Little Things” – Save the Date 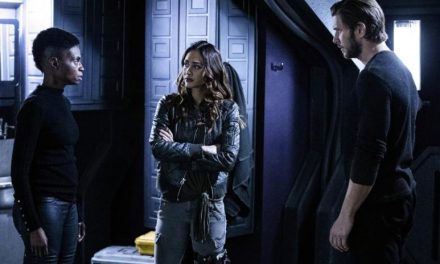 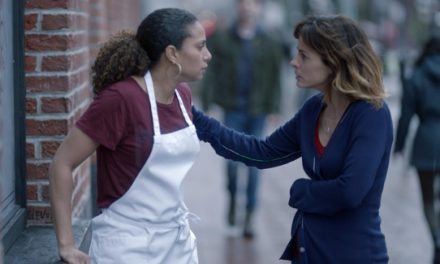